SRBMEDIA1 Leave a Comment
A Walk Down Memory Lane with Jono Pinch, punch…remember our school days saying?Well today l felt like a young boy as l agreed to help Jono Baker a long time fantastic Stoke City fan, which seems from more of the time l was there – although it was just this was the period of “what might have been?”A period where all of their many happy memories of that 1972 League Cup success over our dipping
Uncategorized
Read More

SRBMEDIA1 Leave a Comment
“If a man can tell the difference between his job and his hobby,then he’s in the wrong job!” My streaming was playing up so after writing what you just read l picked up The Waddington Years and was interested in reading about my old boss, and although an avid supporter from those years when we could and would have won the title if it weren’t fore some rotten luck – including four broken legs in
Uncategorized
Read More

SRBMEDIA1 Leave a Comment
Chelsea still paying Frank Lampard’s £75k-a-week salary but axed boss must give it up to take new job: Exclusive by Duncan Wright 13 Feb 2021. It took a while to settle in although we hear this was coming from different quarters and two days later it was in the newspaper that has come in very handy for me when live matches are on. I will explain this down the line. I was pondering on whether
Uncategorized
Read More

SRBMEDIA1 Leave a Comment
THERE ARE THE ‘SUITS’ AND THEN THERE’S TOM CLARKE And the Sporting Life! I was watching racing today and the great David Elsworth name cropped up and after talking to Mike Cattermole the other day about the Sporting Life it brought back both happy and funny memories thinking about my editor, the most charming of men, Tom Clarke.Now it’s no secret that l have a problem with those upstairs or as l call them the
Uncategorized
Read More

PETER OSGOOD DAY – THE SAINTS v THE SINNERS
Of the Seventies!

SRBMEDIA1 Leave a Comment
Another slice of bad fortune last night as l couldn’t get a bookmaker to take my bet where Wolves fluked their way past Leeds, but today l received a message that the first match today had more of a meaning than any other this season. Southampton and Chelsea on our old mates 74th birthday without a whimper on TV was inexcusable and although there was horse racing today l think his old Southampton team mate
Uncategorized
Read More

HOW NOT TO BECOME A FOOTBALLER

SRBMEDIA1 Leave a Comment
Wednesday 17 February 21I was cleaning out my bookshelf and changing things around when I came cross Paul Merson’s terrific read HOW NOT TO BECOME A FOOTBALLER and stole a few lines that changes the mood as it involves Don Howe who was very much a part of my life and George Graham who I have known quite well since a 15-year-old. Some of Paul’s stories are hilarious and some unprintable, but this caught my
Uncategorized
Read More

SRBMEDIA1 Leave a Comment
Thursday 18 February 21Harry Redknapp wades into Celtic manager debate again! MY OLD MATE HARRY GIVES HIS OPINION ON EDDIE HOWE Harry Redknapp has offered his take on where Eddie Howe could end up.Redknapp, who managed Tottenham, Southampton and Bournemouth was asked for his view on Eddie Howe, a Premier League return, and Celtic. There are some who may find the non-wheeler-dealer’s old-school takes interesting. Alternatively, it might seem like he’s being wheeled out weekly
Uncategorized
Read More

SRBMEDIA1 Leave a Comment
Monday 8 February 2021… With the words of our club song when touring, “Bad news on my doorstep ? Now l have my time right, it’s February, and l know it’s Monday because it’s Monday Night Football on SKY though it’s been a long day for not going out for only the second day in a long long time. This time it’s down to the dreaded snow, and once it turns into the stuff l
Uncategorized
Read More

SRBMEDIA1 Leave a Comment
Sunday 7 January 21, a minute before the call from Birmingham to chat with Paul for another episode of My Life My Music and I pulled out 1984 for today as it was a very memorable time and part of not only my career but life itself, before I go into the show with Paul I include our lead-up into what the show will be about, beginning with Paul’s first reply: Superb Al, I’ll have
Uncategorized
Read More

SRBMEDIA1 Leave a Comment
Saturday 6 January 21; I have half recovered from Thursday, as I told my nephew Billy yesterday, I feel it these days, but although I have always maintained the body is the most amazing machine beating any other, the punishment it can take and recover always astounds me. Not just at a football level in those days of three matches in four days with less 12 hours to recover, and that means sleep, but the
Uncategorized
Read More

All my podcasts are here…. 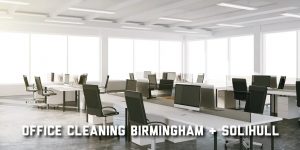